The mission of ECLWebRTC is to make everyone use WebRTC easily. At first ECLWebRTC starts to provide signaling to browser, then extends the device support to iOS and Android. As a next step, in order to the range of device and use case, we developed the ECLWebRTC WebRTC Gateway which is IP reachable.

WebRTC Engine inside the browsers is only controlled by the browser's API. Control via JavaScript is the condititon.

What if there's a WebRTC Engine which can be controlled by the program? This can leads to develop software or service freely... 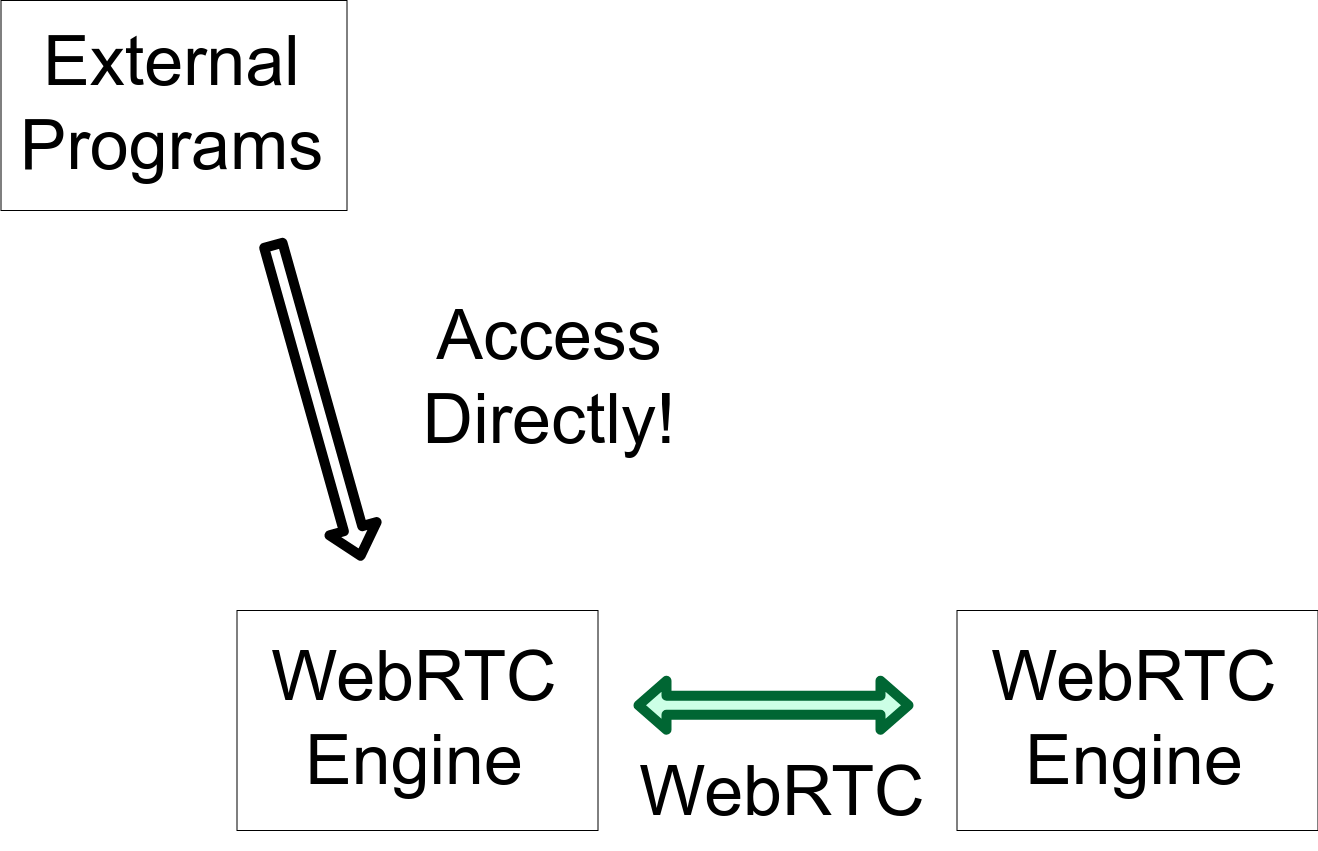 In order to meet this needs, previously there's limited ways like developing something with libWebRTC from scratch, OpenWebRTC, or Janus. However, it's really difficult to understand the library and to develop application. In addition, before your starting production service there are other problems like:

To solve these problems, we have developed the ECLWebRTC WebRTC Gateway which equips WebRTC engine which is wrapped with ECLWebRTC. There are functions below:

At first you need to use REST API, then you establish WebRTC sesssion. After this, what you need to do is send RTP or UDP to ECLWebRTC WebRTC Gateway via established session from your program. Lots of use case should be covered. For instance, you can inject the video to recording device, or you can send control signal to the device which in behind the firewall.

By controlling WebRTC Engine freely, the use case is unlimited. Some use cases are introduced below. 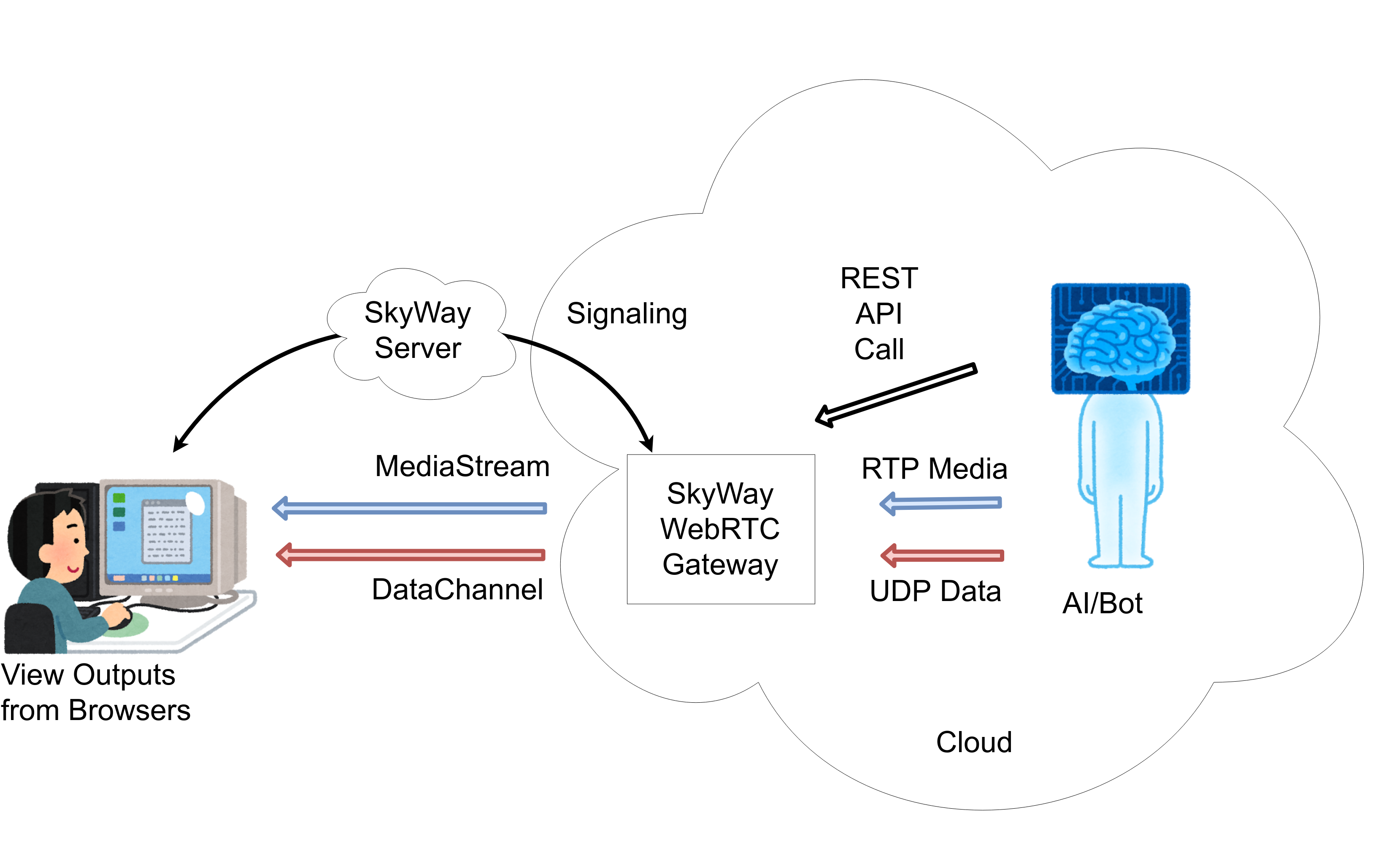 If you found the exciting use cases, let us know!

This software includes the softwares which are disributed under Apache2 license.